Since my groundbreaking Top Five of 2014 album chart last December, my loyal readers have been waiting all year to learn what were the hottest jams of Queen Harvest’s 2015. Let me tell you, this year did not disappoint. Every album was new to me, and some were even new to normal people. I laughed; I cried; I learned; I loved; I lived; I died; I came back from the dead; I terrorized Tokyo; I cried again—Whatta year! My Top 5 albums of 2015, in a very particular order: 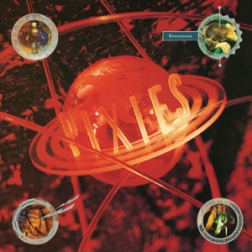 My guiding principle in music is that an artist or album will reach me when I am ready for it, and not a moment before. I received Bossanova for Christmas circa 2000 and did not listen to one note until early 2015. (My ignorance was so complete that i imagined the Pixies were a female ensemble until about track 3.) The time was on the money for this fun and freaky album. The space rock sound is engaging and unlike any other music in my library. The far out lyrics match the offbeat music flawlessly. I don’t understand a single song, and that thrills me. The mystery does not dissipate with repeated listenings. The eerie feeling evoked by Bossanova is comparable to watching an episode of The Twilight Zone or reading an H.G. Wells novel. It took 15 years, but Bossanova was worth the wait. 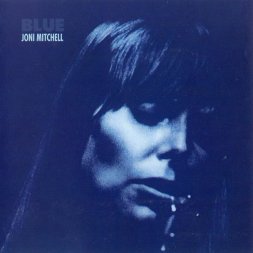 Folk music had its heyday in the early 1960s, and singer-songwriters exploded mid-way through the decade. In 1971’s Blue, Joni Mitchell puts on a clinic showcasing the highest form of both simple folk music and personal songwriting. In both arenas, Mitchell’s work is at once acoustically clear and structurally complex, easy to grasp and deeply profound. Her voice rings with an uncommon unity of delicacy and power, delivering the words of a master poet. The highs of Blue are high, but the lows drop you down like stone in still water. Mitchell lives out the truth Khalil Gibran wrote, “The selfsame well from which your laughter rises was oftentimes filled with your tears.” Within the song “My Old Man,” the presence or absence of her love brings the singer from “the warmest chord I ever heard” to when “me and those lonesome blue collide.” She has lived so much, and through Blue I feel more life. Blue set the standard for all breakup albums, and I don’t know if it’s been matched yet. 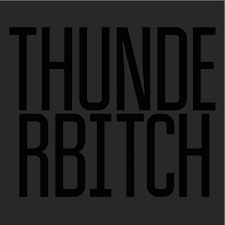 Take a trip with me, friends, back to late August 2015. Sound and Color has been burning up the charts for months. Alabama Shakes’ second album demonstrated their flexibility and development, and relieved any fear of them being a one-trick pony. Two weeks earlier I got to see Brittany Howard putting all of herself into live show in Tuscaloosa, inducing a high from which I had yet to come down. Then, one average afternoon, Howard on her strangely under-followed Twitter account tweets “curious about thunderbitch?” with a Youtube link. Two or three mystery clicks later and I’m downloading an album that sounds more 1978 than 2015.
Howard is frequently compared to Janis Joplin because no one can name a true equivalent among female vocalists. Her power and rawness are more like Jerry Lee Lewis. He is a wild man; Brittany is a self-described “Wild Child.” Thunderbitch sounds more like New York Dolls than Pearl. Like their bio states, Thunderbitch is about pure rock and roll. Every song is infused with the energy that comes from love of the music. Sometimes the energy is bounding outward, like “Eastside Party;” sometimes the energy is just barely pinned down, like “Closer.” The lyrics nevertheless express the honest emotion that characterizes Howard’s writing, culminating in the forceful finale “Heavenly Feeling.” Other people celebrate a Beyonce midnight release or a U2 mass distribution. Thunderbitch is the most exciting album release I’ve ever personally experienced and an album worth the fervor. 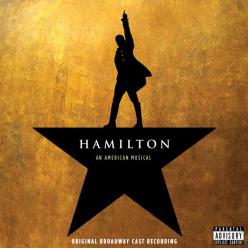 The cast recording of Hamilton has been a blessing and a curse. I am blessed to live in a world graced by Lin-Manuel Miranda’s masterpiece. I am cursed by the obsession that sweeps over every listener of Hamilton like a contagion. Hamilton is a pandemic, and I am stricken. So much more than a hip-hop musical, Hamilton spins a historical narrative into full-scale drama. The cast is chock full of unique personalities, each with his or her own voice and motivations. Miranda humanizes Aaron Burr, transforming a faceless historical name into a complex tragic figure. The brilliant Thomas Jefferson is snappy and sassy. Hamilton, Washington, the Schuyler sisters—everyone is alive and sympathetic, intelligent and mortal. All the facts and drama are communicated through masterful literary technique. Verses and phrases that are plenty moving in one context are then repurposed in a different context to elicit an entirely different set of emotions. I get goosebumps from the recurrence of “Satisfied” in “The Reynolds Pamphlet,” and I choke up hearing Hamilton mirror Eliza’s words in “It’s Quiet Uptown.” Musical themes are also employed and repeated to great effect. I don’t pretend to know anything about rap, but I know I love “Guns and Ships” and the whole dang show. Hamilton is breaking down the door of a new era of musicals, while embodying everything that traditionally makes a musical great. Lyrics, music, characters, drama, humor, and like any musical worth its salt, the second act of Hamilton is terribly sad. After all this, I have to remind myself that I’ve never even seen the show, and likely won’t for a long time. I am cursed with the longing, but blessed by the hope. 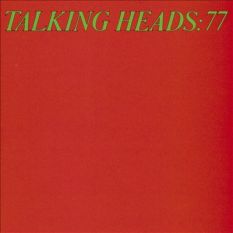 In record time, Talking Heads rose to join my personal pantheon of favorite musicians/bands. Talking Heads: 77, the band’s first album, I will say is my favorite, primarily because I don’t yet grasp “Drugs” or “The Overload.” Every time I listen to Talking Heads: 77 the sound is fresh, the pace is brisk, and the lyrics pack a punch. “Psycho Killer” takes you into the mind of the man who is so annoyed at everyone that he takes a hands-on approach to the problem. One questions whether David Byrne identifies with the titular killer, since “No Compassion” speaks from a similar irritation at people who are “in love with [their] problems” and talk to him instead of their analyst (“isn’t that what they’re paid for?”). This curmudgeonly attitude, which I often share, is countered by the upbeat and offbeat positivity of several other songs, like “Pulled Up” and “Don’t Worry About the Government.” The vocal parts in many tracks, particularly “Tentative Decisions” and “Happy Day,” benefit from the playfulness of someone who is supremely creative but not a top-rate vocalist. Singers treat their voices as wind instruments, but Byrne uses his as the rhythm section, too. Listening to Talking Heads: 77 fills me with joy, and so does listening to More Songs About Buildings And Food, Remain In Light, and The Name of This Band Is Talking Heads, but who wants a Top Five that is all Talking Heads and Hamilton?

a. Book of Mormon! (Original Broadway Cast, 2011). I was lucky enough to see this show when it came to Birmingham early 2015. BOM! has all the humor, smarts, and filthiness one expects from the South Park guys. The storyline is truly inspired, and the end is arresting. My favorite moment on the soundtrack is probably in “Man Up” when Elder Cunningham keeps singing “Time ta time ta!”

b. Sound and Color (Alabama Shakes, 2015). As mentioned above, I love this band, and I love this album. Brittany Howard’s voice on “Guess Who” is hypnotic. “Future People” and “Don’t Wanna Fight” should be instant rock standards. Howard explained in concert that “This Feeling” is about her happiness in achieving success in music, and now it makes me cry. “Gemini” is “Over My Head,” you might say, but a little experimentation never hurt anybody. I believe Howard when she sings, “I never meant to be the greatest; I only ever wanted to be your baby.” Well, too bad! You are the greatest.

c. Tom Petty and the Heartbreakers (Tom Petty and the Heartbreakers, 1976). I’ve loved the TPATH hits since I was tiny, but I first listened to some of their albums this year. Their first album is energizing and every track is solid. “Luna” is a haunting song I’m glad to finally hear. I didn’t know “American Girl” well, but now it has to be a favorite of mine. Nothing is more fun than “Rockin’ Around (With You)” and “Anything That’s Rock ’n’ Roll.” Good stuff!