With its black-and-white cover, solo acoustic guitar, and old school folky title, The Times They Are A-Changin’ seems like an album stuck in the music and history of fifty years ago. Nevertheless, Dylan’s songs of anger and despair each point a finger at social, economic, and political issues that are front page news every day.

It is all the rage lately for legislators, jurists, and other elected officials to shut down women’s health centers, dismiss evidence of institutional racism, fight against transgender rights, while ensuring that every toddler is free to handle a gun. This album’s title song calls out these pernicious obstructors and all others who stand in the way of progress. Dylan entreats writers and parents to recognize the changes taking place in their world, and warns them that resistance may leave them on the wrong side of history. Particularly relevant is the verse speaking directly to the nation’s legislators:

Come senators, congressmen
Please heed the call
Don’t stand in the doorway
Don’t block up the hall
For he that gets hurt
Will be he who has stalled
The battle outside ragin’
Will soon shake your windows
And rattle your walls
For the times they are a-changin’.

If you can name an earlier or more heart-wrenching song about the negative effects of outsourcing on the American worker than “North Country Blues,” I’d like to hear it.

They complained in the East, they are paying too high
They say that your ore ain’t worth digging.

It’s much cheaper down in the South American town,
Where the miners work almost for nothing.

In the midst of our ongoing wars against Islamic terrorists, whose side God is on remains a major issue. Terrorists, including domestic “Christian” ones, pervert religious teachings into unrecognizable licenses to kill. Many people in our country see these conflicts as the modern Christian crusades. I’ll note this remarkable example of how God can be warped to fit anyone’s agenda.

“With God on Our Side” revisits the great wars of American history. Though each was fought against a different enemy with different motives, the common thread throughout was that God was certainly rooting for the winners. (U!S!A!) In fact, all it takes to get God on your side is to agree with us. Then you’re golden.

The Second World War
Came to an end.
We forgave the Germans,
And then we were friends.
Though they murdered six million,
In the ovens they fried,
The Germans now, too, have
God on their side

If God is always on the side of the victors, Dylan goes on to reason, did Judas Iscariot have God on his side? The question remains unanswered.

Every week there seems to be at least one national story that ends in an acquittal or refusal to charge a (typically white) person of a crime against a person of color. This album’s poetic masterpiece, “The Lonesome Death of Hattie Carroll,” recounts the real story of a wealthy white man who killed a black woman and was sentenced to six months in prison. “Hattie Carroll” damns the institutional racism of a legal system that protects those with “high office connections” and calls a slap on the wrist due punishment.

In the courtroom of honor, the judge pounded his gavel
To show that all’s equal and that the courts are on the level
And that the strings in the books ain’t pulled and persuaded
And that even the nobles get properly handled
Once that the cops have chased after and caught ’em
And that the ladder of law has no top and no bottom
Stared at the person who killed for no reason
Who just happened to be feelin’ that way without warnin’
And he spoke through his cloak, most deep and distinguished
And handed out strongly, for penalty and repentance
William Zanzinger with a six-month sentence
Oh, but you who philosophize disgrace and criticize all fears
Bury the rag deep in your face
For now’s the time for your tears

At the time of this writing, a billionaire has convinced a large number of non-billionaire white Americans to vote him into the highest office because he promises to protect them from people who are presumed criminals or terrorists by virtue of their skin color or religion, though he can’t tell anyone how. His plan to make sure that he continues to pay less in Federal taxes than his working class constituents is much more clear, but they don’t seem to worry too much about that.

A South politician preaches to the poor white man
“You got more than blacks, don’t complain
You’re better than them, you been born with white skin” they explain
And the Negro’s name
Is used it is plain
For the politician’s gain
As he rises to fame
And the poor white remains
On the caboose of the train
But it ain’t him to blame
He’s only a pawn in their game.

“Only A Pawn In Their Game” begins with the assassination of civil rights leader Medgar Evers and jumps into the societal and psychological forces that mobilize poor white men against people of color. This song is remarkable in tracking the ultimate cause of such crimes back to the source: powerful people who manipulate the masses into acting out of fear and hatred in order to preserve their own power. Before the Moral Majority made white supremacy a Christian ideal for many Americans, politicians could encourage white supremacy for white supremacy’s sake.

The deputy sheriffs, the soldiers, the governors get paid
And the marshals and cops get the same
But the poor white man’s used in the hands of them all like a tool
He’s taught in his school
From the start by the rule
That the laws are with him
To protect his white skin
To keep up his hate
So he never thinks straight
‘Bout the shape that he’s in
But it ain’t him to blame
He’s only a pawn in their game.

The criminal is not exonerated by these lyrics; he is reduced to the insignificant, unthinking body that was used for someone else’s benefit. Medgar Evers was buried “like a king,’ while the shooter’s epitaph outlines his legacy as “only a pawn in their game.”

Hope for the Future

Every movement needs to have something to look forward to. Where the title track is a warning for those who impede progress, “When the Ship Comes In” is a celebration for freedom fighters.

A song will lift
As the mainsail shifts
And the boat drifts on to the shoreline
And the sun will respect
Every face on the deck
The hour that the ship comes in.

Murder and Suicide Within Families

“Family annihilator” is the term applied to persons who murder their entire family, and usually themselves, and it is the most common type of mass murder. Though “The Ballad of Hollis Brown” is one of the more dated-sounding songs on the album, murder-suicides might be the most universal subject Dylan tackles. Dylan attempts to put us in the room with a man who sees no other option, and masterfully reminds us that the end of Hollis Brown’s problems do nothing to stem the rushing tide of human despair. 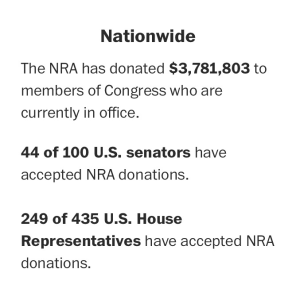 Let me ask you one question. Is your money that good?

“Masters of War” from his earlier The Freewheelin’ Bob Dylan refers to the politicians who send their nation’s citizens to fight and die, while they stay safely behind desks and masks. In our era, this song captures not only revulsion against foreign wars, but also an American Congress beholden to the NRA.

Many of us grew up learning about the 1960s’ Civil Rights Movement as a historical event, like the French Revolution. Recent years have made it impossible to ignore that the struggles of minorities never ended, war is not over, and suffering of all kinds continues.

Dylan is able to walk the line between art and politics, when he chooses to do so, and create human stories with effects that the intervening 50+ years have not diminished. His ability and output are unique in this respect. Neil Young’s “Ohio,” referencing Nixon and Kent State student protests, is too specific to be much more than a cultural artifact. The more general “If I Had a Hammer” doesn’t really translate to the present day. Of course, tastes in music have changed such that The Times They Are A-Changin’ can’t truly represent our generation, and I’m not saying it does. Nevertheless, it contains all of the sentiments of 2016 protest: the outrage, the sense of injustice, and the need to speak out right now.