The first fourth of 2017 is mercifully behind us. Thanks to the recommendations of friends, strangers, and society-at-large, my weeks have been full of new music of all shapes and sizes. Every Sunday I choose an album to which I’ve never listened, and throughout the week I listen to it at least five times (to give it a fair shake). Here is how I’ve been struck by albums in 2017 so far.

N.B. My rating system is not based on objective quality, but on the likelihood of me ever choosing to listen to the album again. It’s personal to me, so don’t take it personal.

A punk band with interesting chord structures and actually meaningful lyrics, I started off the year hot and hopping with The Jam. Especial favorites are “Away from the Numbers” and “I Got By In Time.”

I have listened to Little Creatures more than any other album all year. I can’t get over how much I like Talking Heads. 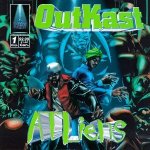 For reasons I cannot quite identify, ATLiens had a depressive effect on me. Of the many clever rhymes, my favorite is from “Elevators:”
Yes, we done come a long way like them slim-ass cigarettes from Virginia
This ain’t gon’ stop, so we just gon’ continue

I wanted to know what all the fuss was about w/r/t Nicki Minaj’s verse on this song. I understand now.

This album is exactly why I started this project. I had never heard of Sleigh Bells, and if I had, I am sure I would have dismissed them as “not my kind of music.” Thanks to a friend’s recommendation, I get to enjoy this fresh, high energy, positive, killer album.

Folks, this is what it’s all about. With relentless rock and righteous lyrics, Dead Kennedys condemn you, your mom, and your worst enemy. Everybody can go to hell equally. I’m in.

This album is the reason I signed up for Apple Music–I was tired of hearing about popular releases but not experiencing them. Now I know I love Run the Jewels.

The problem with covering “The Boxer” is it’s probably better than anything else on the album (see also: Mumford & Sons’ Babel bonus tracks). “Root Like a Rose” and “Miss the Mississippi and You” are very strong, and I always like a Wronged Woman tune. Crazy to think this album and Fresh Fruit were released in the same year.

Like many albums of the 1990s, I am convinced I could make Bringing Down the Horse better by cutting three songs, and 30-90 seconds from most of those remaining. If anyone would like to pay me to do this, please contact my agent.

There are a few verses on this album that make me bona fide bowled over. Specifically, Killer Mike’s Tyson lines in “Job Well Done” and his description of taking Molly in “No Come Down” are incredible.

Another electronic rock album that I would have never chosen on my own. Tender Buttons crept under my skin and stayed there.

This is probably a very exciting album for 14 year old boys.

Bonus Tunes: The Kinks – The Kinks Are the Village Preservation Society (1968)

In a world of British bands pretending to be American, The Kinks proudly sing about the Village Green and the Sherlock Holmes English-Speaking Vernacular. “Picture Book” is a Grade-A fantastic song, and this album is a joy.

I know I like a band/album when I enjoy the 10-minute song with a five-minute guitar solo. I can’t stop singing “Prove It” and “Torn Curtain” to myself.

I wanted to know what all the fuss was about w/r/t every single person on earth talking about this song. I understand now. 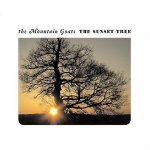 This album continues to grow on me. I am strongly reminded of The Decemberists, with less death and more drugs.

This album goes down easy, like a meal of Budweiser and White Castle.

RTJ2 might include the most obscene song I’ve ever heard. Doesn’t stop this old prude from enjoying it! My personal RTJ ranking: 1, 3, 2. Can’t wait to see them this summer.

Sometimes I pick an album because I’ve been eyeing it for years; other albums I pick because I hear people on an old podcast raving about a band I’ve never heard of. The Sundays are very The Smiths-y, and I’m grateful I listened to that episode of Do You Need A Ride? I’m so excited to have this album, and The Sundays’ other albums, to listen to.

Kicking off Quarter Two with some long-overdue Prince. I have a lot of albums ready to go, but I’m still accepting recommendations. If you have a favorite album, an album you want everyone to hear, or just an album you think I would like, please send it along!