I feel like several years have passed since the second quarter of 2017. For reference, in the last three months I have graduated with a master’s degree, left my job of over three years, and moved across the country to start my career in a new landscape and climate, where I know no one but my cat. The change of routine (when am I even supposed to listen to music?) and the change of focus (do I need a vermicultural habitat for my apartment?) have allowed me somewhat to neglect my album project.

Pre-life transition, I primarily listened to music (1) driving to and from work, and (2) working out at the gym. Post-life transition, I don’t drive to work and I don’t have a gym. It took a couple weeks, but I have discovered two rich mines of previously unavailable musical opportunity: (1) walking to and from work, and (2) during work. Music enhances these experiences, and the experiences make the music better.

As always, my impersonal rating system follows. The mid-level three-star rating has come to mean “I’d like to hear these songs mixed into a playlist, if not the whole album in sequence.”

I can hardly believe I’ve only known this album a few weeks. Every time I listen to Deep Cuts (which is often) I’m surprised by how many tracks knock my socks off. Whether in the car, at home, or working out, “Heartbeats” gives me no choice but to do body rolls for the duration. When I hear “Is It Medicine” and “Got 2 Let U,” I feel the full-body musical experience I imagine is sought when people go clubbing. I love this album so much.

I don’t dislike anything about this album. Perhaps one must be in a certain mood or in a certain time of life for it to click, and I am not there. I can imagine other times when it would have hit me harder. As I am, I can see its appeal, but it doesn’t speak to my soul.

Wilco is consistently brought up in The Next Bob Dylan conversation, and now I get it. The resemblance to Jack White’s music is particularly satisfying.

From song to song, Santogold may sound like Gwen Stefani, MIA, or Sixpence None the Richer. All I can do is marvel at her talent.

The Shepherd’s Dog is addictive. I get sucked in to the hypnotic musical jangle and the continuous lyrical patter. For so many years I thought of Iron & Wine was some band ~other people~ listened to. My loss! I love this album.

Mug Museum sounds like Tender Buttons with a healthy dash of Nico. Through repeated listens, the surface ‘60s airy sound gives way to a more complex collection of tunes.

The Pixies confound genre definition. They can scream like nu metal, play guitar like surf rock, and write lyrics like an indie band. Some of the songs on Doolittle sound like earlier versions of songs I already love from Bossanova. “Hey” and “La La Love You” are very special to me. 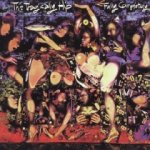 News of Gordon Downie’s illness brought a lot of attention to The Tragically Hip this year; I wasn’t previously aware of their importance in Canadian and musical culture.  I really enjoy Fully Completely’s irresistible, energetic rhythms and powerful lyrics. In a world of Canadian musicians accommodating the U.S. market, they also stand out as unapologetically Canadian. Even if I don’t get the references, it feels real and truthful.

None of us saw this coming. It took a couple of middle aged podcast men to convince me I should listen to a Kesha album, and I’m very glad they did. “Boogie Feet” and “Woman” are undeniable feel-good songs. There’s something about “Spaceship,” with its mesmeric melody and oddly hopeful lyrics, that takes my breath away every time.

I was prejudiced against Dopamine prior to hearing it because I hate the album cover. Dopamine is generic, hear-it-in-any-commercial pop music. Even so, this album is full of bangers, and I admit I came to enjoy it quite a bit.

Aimee Mann’s music always strikes me as good driving music, particularly “David Denies,” which is on repeat in my head all the time.

These songs sound like no others I’ve ever heard. Open Mike Eagle has a unique voice and style. Even when I don’t know what he means I can tell it’s meaningful. 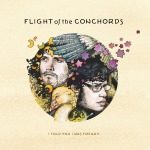 This album has a lot of funny. I’ve loved “Carol Brown” for years; it is a perfect song.

Even though the third quarter did not hit the high heights of the second (see: Cher and the Great Comet), it did not drop to the valleys of the previous quarter, either. Overall I enjoyed more of the albums an average amount, which is all I can ask.

I am committed to finishing the year out strong. There are still many crowd-sourced recommendations I haven’t listened to, and I will try to attend to those before I close up shop.